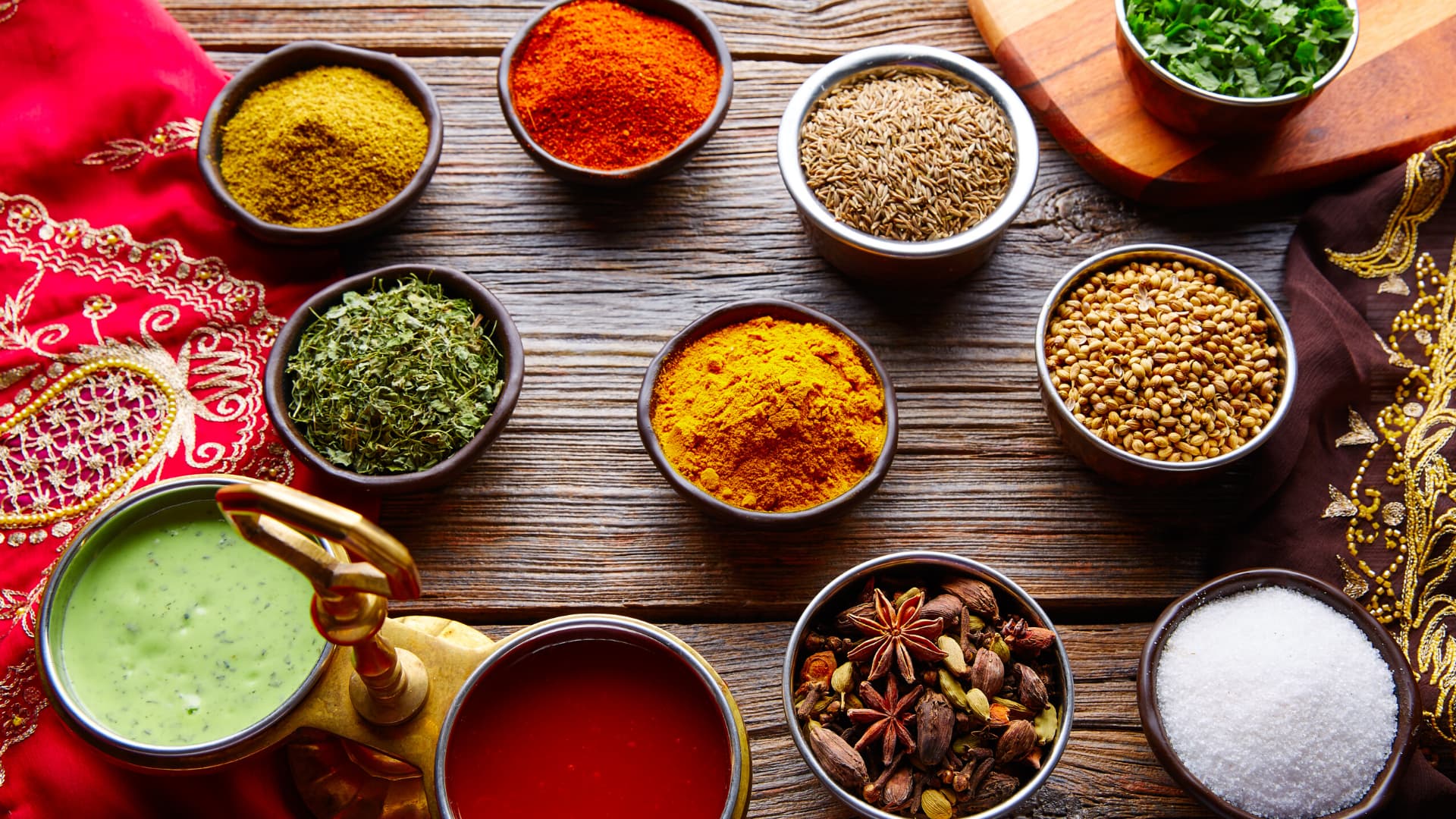 When you think of Indian food, you think of overwhelming aromas and the burst of flavours on your palate. Indian cuisine is famous for transporting people to a different plane of tastes. The moment you savour traditional Indian food, you instantly know where it originates from. Ever wondered, what’s the secret to this trademark flavour?

Well, the secret lies in the Indian spices that make all the difference. Historically speaking, India has been a primary producer of spices that are unique to its land. These spices are a part of almost all of the popular recipes in India.

Each spice has a unique aroma and taste. Most of them have extreme concentrations. Thus, they are used in minute quantities. However, it is just enough to bring out the innate flavour of Indian cuisine. Some of the popular spices used are the following:

Cumin is among the most popular spices of Indian cuisine. It leaves a warm and fresh taste that overpowers its slight bitterness. People usually use cumin in the form of whole seeds. However, one can roast or ground these seeds too.

Garam Masala loosely translates to “hot spice” in English. So, as the name suggests, it adds a little spice to the dish. It is a mixture of a set of different spices which is widely used in Indian cooking. It is generally added at the end of cooking to avoid burning off the flavour of the spices.

Coriander powder is an extremely healthy spice that people utilize in different forms in Indian cuisines. The seeds, as well as the leaves of coriander, are used to add seasoning to a dish. It is an important spice in the garam masala and gives off a fresh and nutty taste in food. It is popular among households in India too because it calms down stomach ailments and helps with digestion.

Mustard seeds are a staple in many different recipes and cooking styles seen across India. There are different varieties of mustard seeds available in the market. However, in Indian cooking, the most common type of mustard seed that people use is the black mustard. These seeds provide a rich peppery, flavour and aroma to any concoction that you add them to.

Turmeric is an age-old spice that holds relevance in ancient herbal medicine which doubles as a spice. It gives off a trademark yellow colour to Indian foods. It also has countless health benefits. Therefore, it is a crucial ingredient of the preparation of most Indian recipes.

People across the globe perceive Indian food as sweet cuisine. However, most recipes in India comprise of cinnamon. This spice is not just used for its sweet taste, but it is used for its aroma and spicy taste. People also use it to add a little sweetness to the food.

An exceptional Indian restaurant in Sydney that delights with an authentic Indian gourmet experience served in magnificent surroundings in Rousehill, NSW.

For event or catering related inquiries please call 0488 243 777 or submit your inquiry online.